The quest for the spotted ghost of the dark 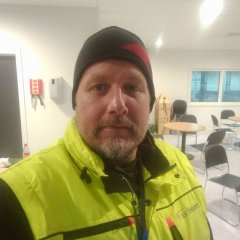 By The_Norwegian,
November 9, 2018 in South Africa