Kruger park December 2016 - another Self Drive. 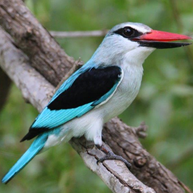