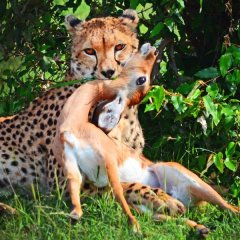 By serendipityntravel
February 25, 2018 in Kenya