Those Poor Animals – A Family Safari in Kenya 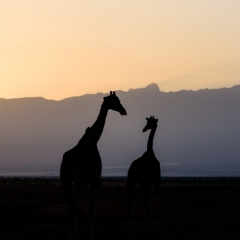