Preparing my Safari to Zambia 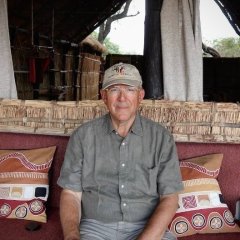 By BRACQUENE
July 8, 2022 in Worldwide birds