Into the Pack Ice - Svalbard Expedition in Early Summer 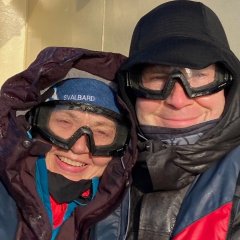